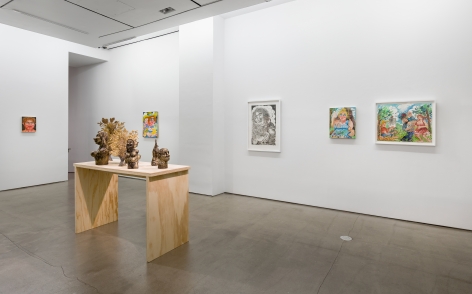 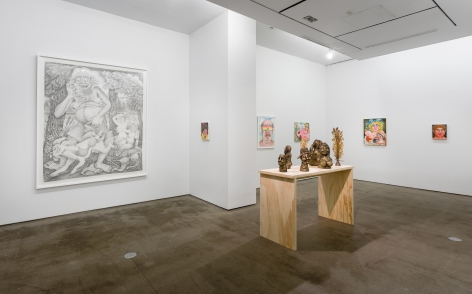 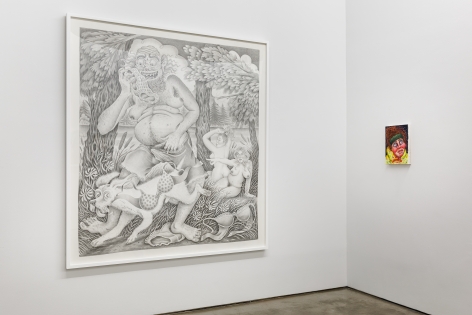 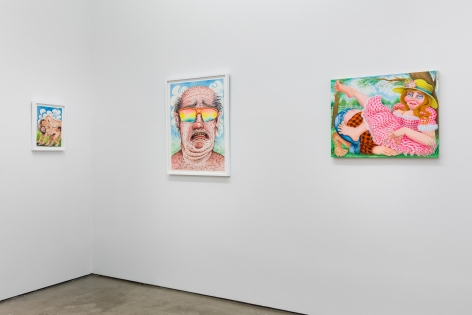 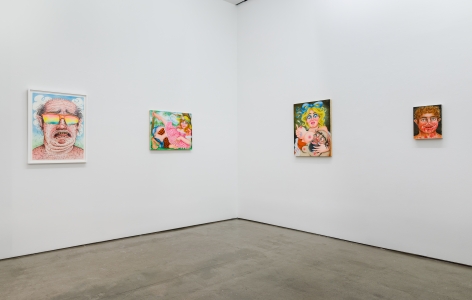 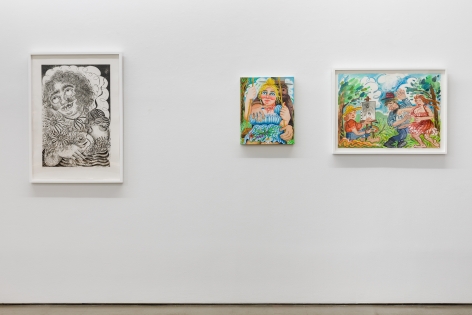 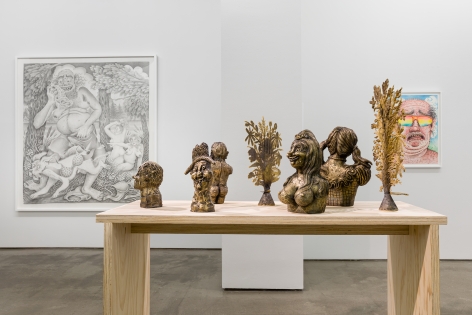 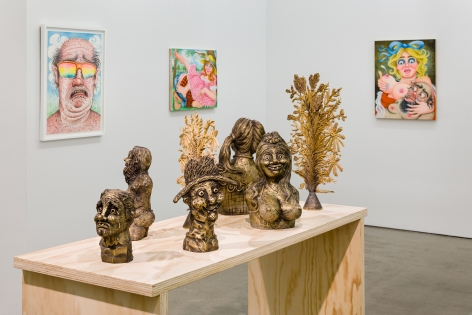 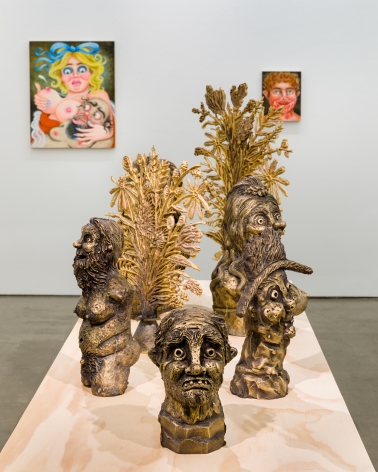 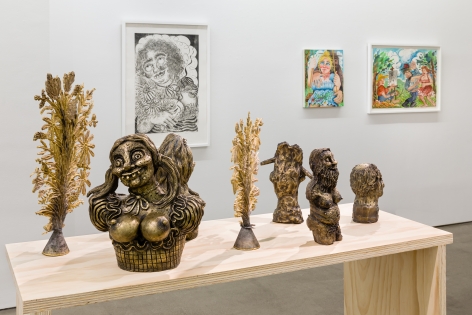 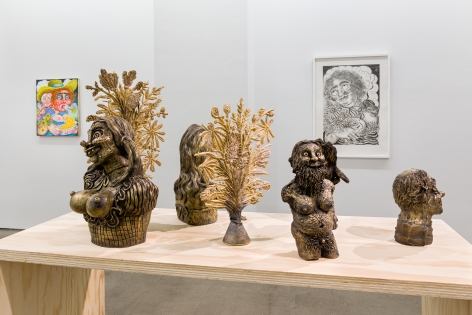 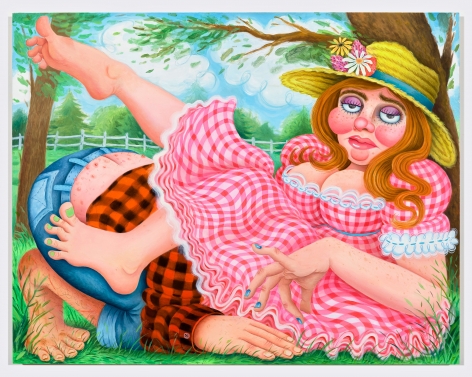 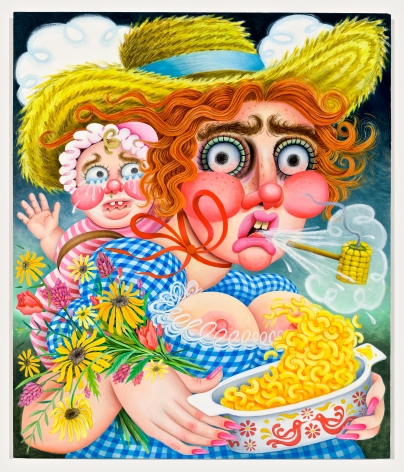 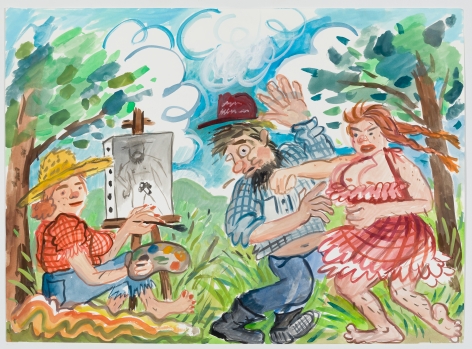 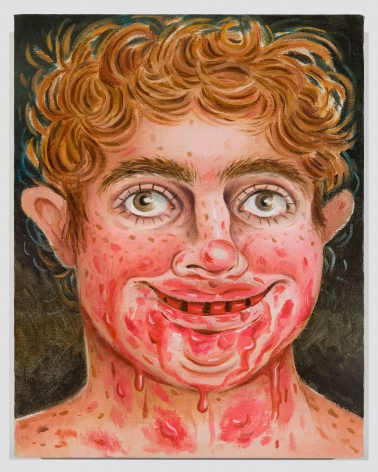 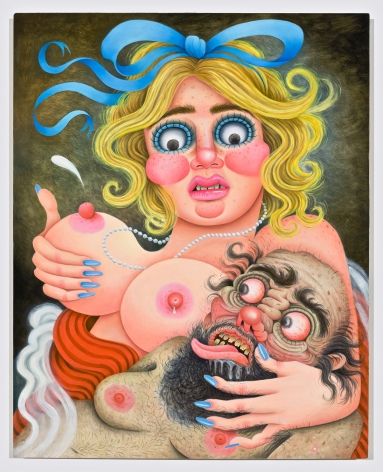 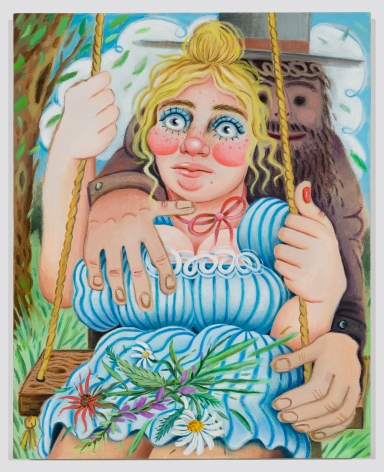 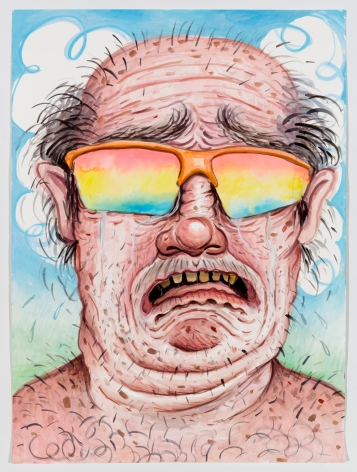 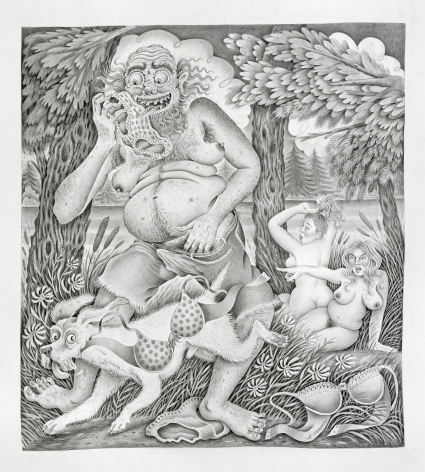 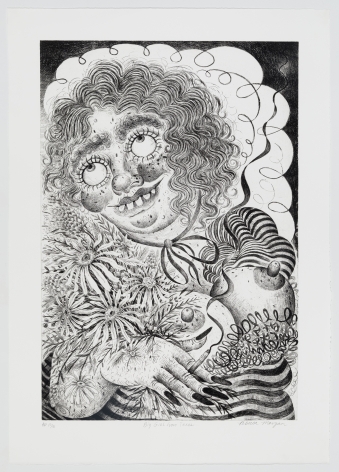 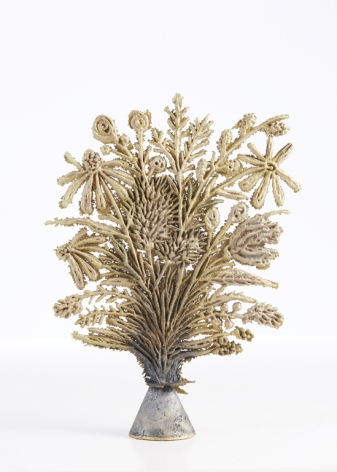 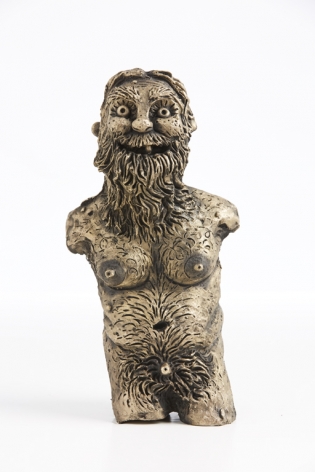 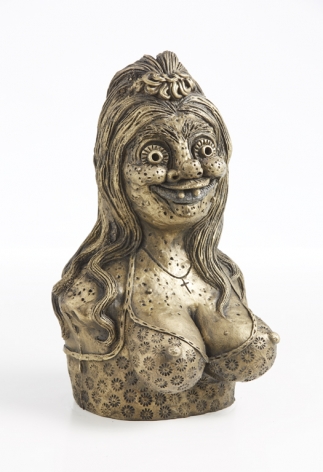 Asya Geisberg Gallery is proud to present Rebecca Morgan: "Town and Country". The artist's fourth solo exhibition with the gallery shows the extent of Morgan's achievement in painting, with forays into printmaking and brass sculpture, new endeavors for the artist. With archly symbolic portraits and complex scenes, Morgan weaves a grand narrative of gendered subversion buttressed by broader societal scale. Morgan's characters straddle both the timelessness of morality tales, and the specific moment that we find ourselves in - redefining gender relations and reviewing historical representations in works from John Hughes movies, to stylized exemplars like Rubens and Fragonard, to Norman Rockwell's foundational Americana lore. While always emanating from a contemporary socio-political yet diaristic lens, Morgan's works now chart a wider continuum of referents. Archetypal characters strain against their roles, undermine fabricated notions of romance, and confront the hollowness and fear behind current masculinity, with both levity and tension.

A potent example is the painting "Roman Charity", which refers to a classical art-historical image of a starving old man who is revived by his daughter nursing him. Morgan uses this as a metaphor for the thankless female labor that only now is being named and recognized. The painting is a baroque collection of orbs and swirls - a cartoonish blue bow atop the maiden's head echoes the father's rhythmic chest hair and eyebrows, and its color is picked up in the anachronistic nails. Nipples, pearls, cheeks and eyeballs all have an exaggerated roundness as even a nose resembles the swishes of a ski piste. Its clarion call is made more timeless, blunt, and sugary with Morgan's painterly profusions.

With another classical reference, Morgan's 9-foot hyper-detailed pencil drawing "Panty Stealers (After Diana and Actaeon)" updates the Greek myth of the hunter Actaeon, who encounters Diana and her handmaidens bathing nude. Angered at being observed, Diana turns him into a stag and his own dogs kill him. Morgan updates the innocence of Norman Rockwell's "No Swimming" with a classical bathing scene, but twists the gaze, narrative power, and subjectivity on its head, as the man depicted is deviant, primal, and outrageous, while the bathers are idealized self-portraits. Instead of a romanticized illustration of courtship or innocent hi-jinks, we see an act of violation, met with anger and disgust. Again, Morgan's exquisite rendering and the drawing's confrontational scale both engages and repels the viewer.

Morgan deftly cloaks her critique by elevating it with heroic material or style, or espousing a genuine sympathy for the foundations, real and imagined, of entitled male identity. In the brass bust "Small Winkle White Man", the titular torso shows a man with a one-toothed grin and wide-open eyes reminiscent of Morgan's work with ceramic face jugs, indicating an unselfconscious innocence that belies his minimal manhood. Without a hint of revenge, Morgan depicts masculinity in confusion or disrepair, both historically and perhaps in a future where women take back the reins. Another grinning male's face is covered in dripping red, in the small portrait "Champion Pie Eater" - a garish joke, sexual innuendo, or horror movie poster. A corn-fed boy worthy of Franz Hals becomes a stylized parody, akin to the movie "American Psycho".

With a wink to masters of the cloying feminine/masculine symbiosis such as Boucher, as well as legions of female nudes painted over the ages, Morgan's collection of buxom ladies and balding men are a candid archive of the myth of America's golden past, what it projects and whose voice it excludes. In her feverish imagination, we instantly recognize the familiarity that her sophisticated works make use of, and yet each work causes us to question how we could have swallowed these cultural images whole without complaint for so long. 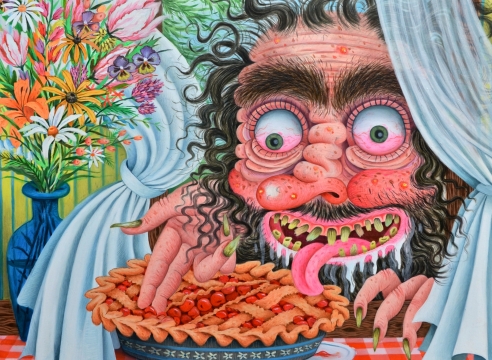 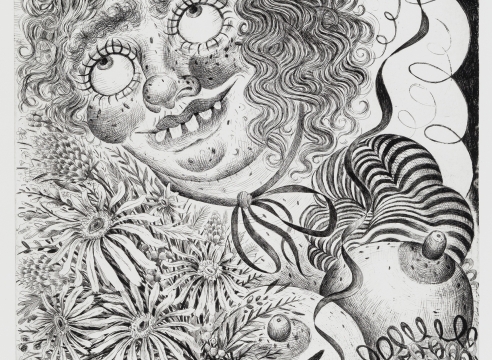 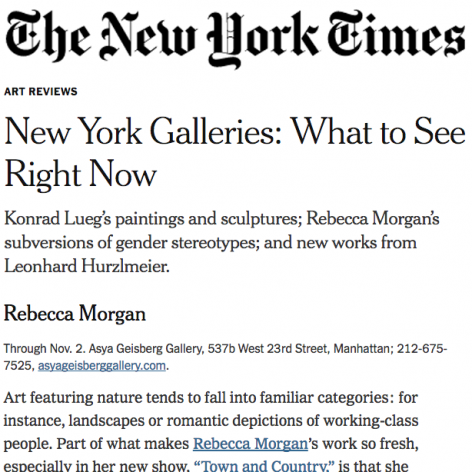 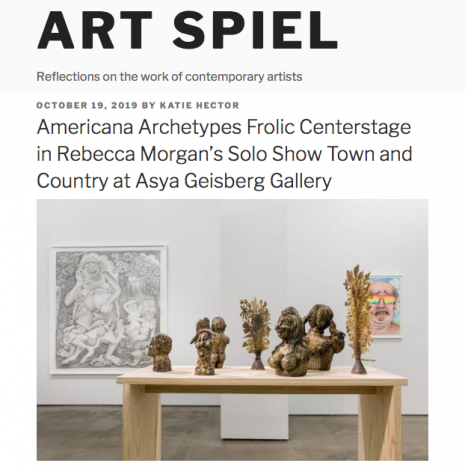 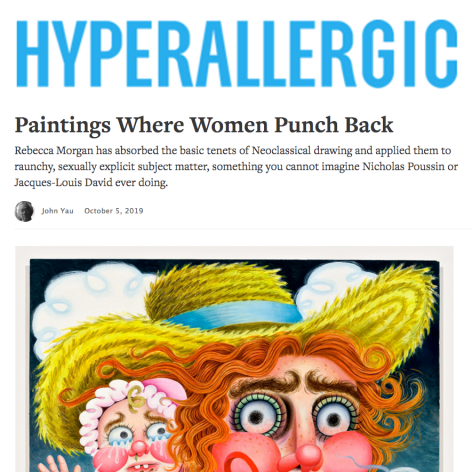