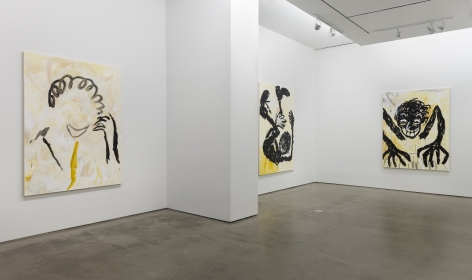 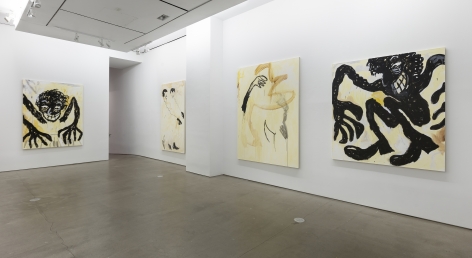 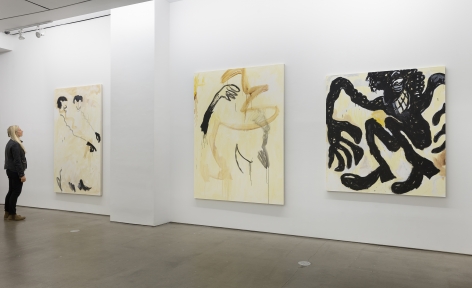 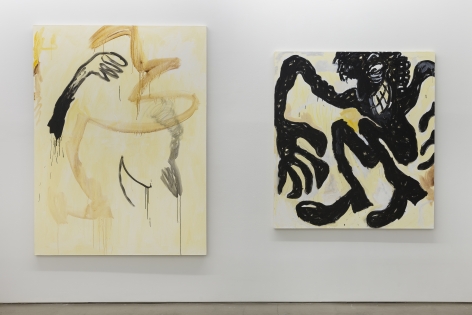 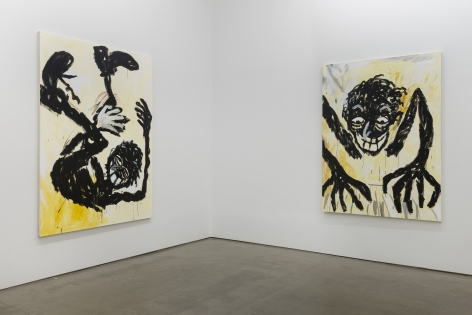 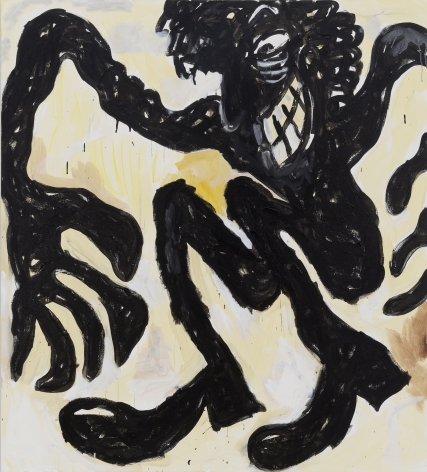 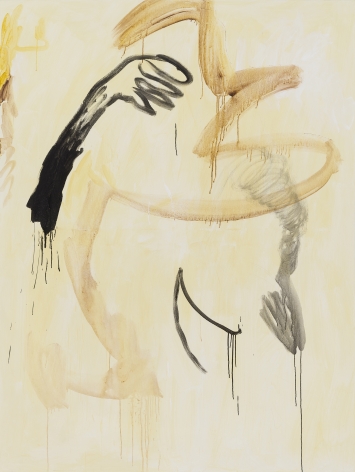 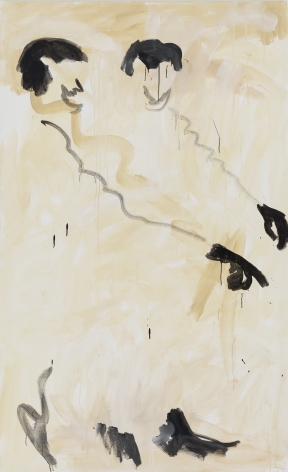 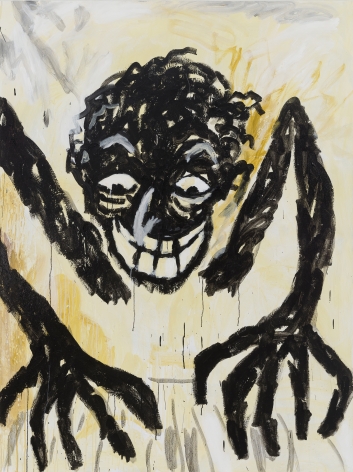 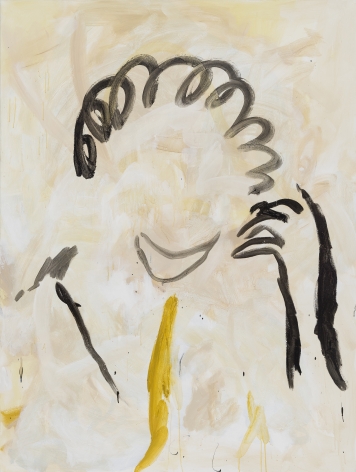 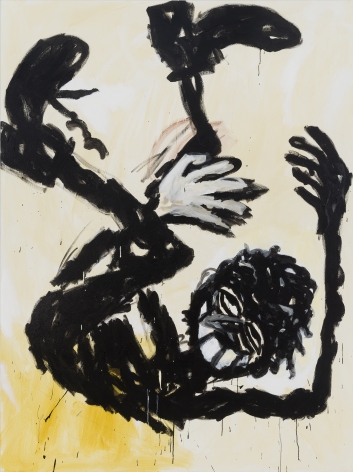 Asya Geisberg Gallery is pleased to present “Rot Open in Bliss,” an exhibition of paintings by Ricardo Gonzalez. This will be the artist’s first solo exhibition at the gallery.

Gonzalez employs a virtually monochromatic palette and simplified gestures to explore the language of abstract painting. Mutinous, tarry figures bearing grimaces and smirks intermittently disrupt the series’ more unfettered compositions, which at times suggest both rudimentary aspects of a figure, and remnants of cultural iconography. “Smile” for example could be the profile of Caesar, while “Phone Minimal” recalls a laughing Ronald McDonald. While creamy grounds contrast lustrous black daubs, brazen error disrupts fugitive imagery, further exposing the idiosyncrasies of the artist’s hand and our desire to form a figure. A symbiotic duality exists within the series, as the artist ricochets between the sublime and the nihilistic, creating a tacit dialogue between satirical cartoon and evocative painterly gesture. Skateboard graphics and the Neue Wilde painters of 1980’s Germany are notable inspirations, whilst inky black figures with popping eyes and uninhabitable bodies - offspring of Sergio Aragone’s MAD cartoons and Gonzalez’s own schoolbook doodles - populate the artist’s own Wilden Szene.

The painting “Rot Open in Bliss,” a title taken from Anthony Burgess’ novella “A Clockwork Orange,” depicts a deranged, bodiless figure with arachnid arms in the midst of creative rhapsody. Synonymous with Lacan’s jouissance, Gonzalez’s character transcends enjoyment, to straddle the boundary between ecstasy and violence. The essence of jouissance saturates Gonzalez’s cartoonish figures; their implausible physiques with misshapen limbs suggest a crescendo of pleasure on the brink of savagery. Painted to the sounds of Beethoven, Gonzalez’s frenzied pianist exemplifies the emotional tipping point. His smile, contorted with pleasure, tips over into a grimace. His eyes bulge whilst hands thrust at the keys, leaving us to only imagine the symphony, a sentiment Burgess himself depicted: “Oh, bliss, bliss and heaven. I lay all nagoy to the ceiling, my gulliver on my rookers on the pillow, glazzies closed, rot open in bliss, slooshying the sluice of lovely sounds.”

Error and chance continue to charge more minimal works, where the artist retreats back into the medium, creating grand imagery with restrained line. The artist utilizes the most minimal gesture to articulate a milieu in “Two Laughing;” a mixture of fluid line and solid black pools deftly conjures a conversing couple motioning toward something humorous outside the picture plane. The most direct reference to the doodled page comes via “Sleep,” where a quirky head floats within an impatiently sketched dreamscape of limbs, a fragmented face, and an imperceptible scribble reminiscent of the iconic Arby’s hat. Gonzalez elevates seemingly cursory doodles from their predictable banality, as subconscious “automatic” drawing amasses significance, transcending into objects of art, and becoming signifiers of pure form, medium, and process. 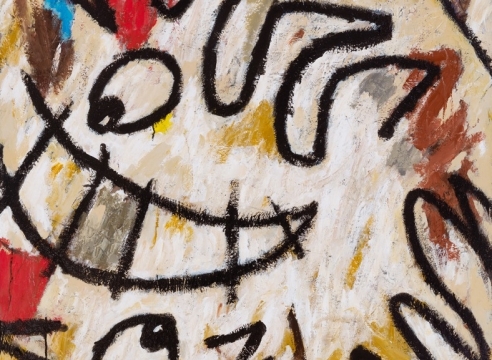 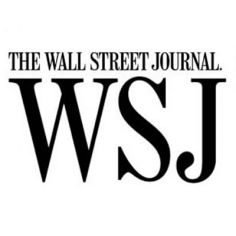 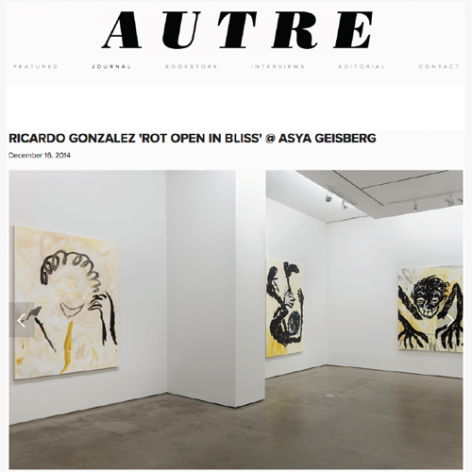 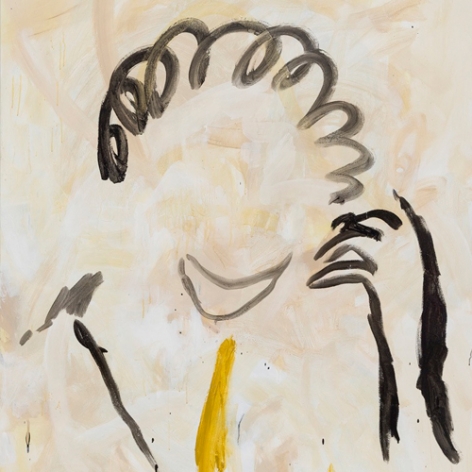 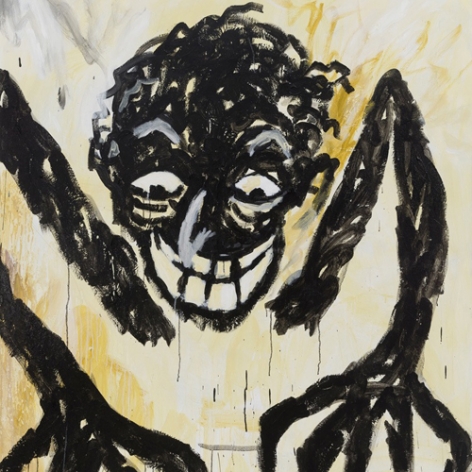