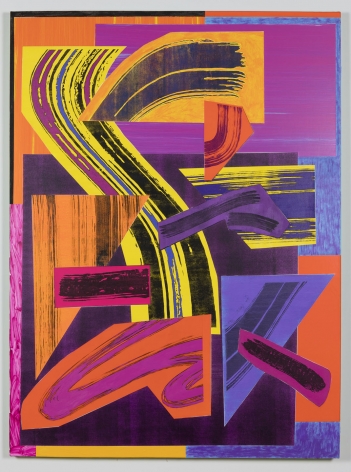 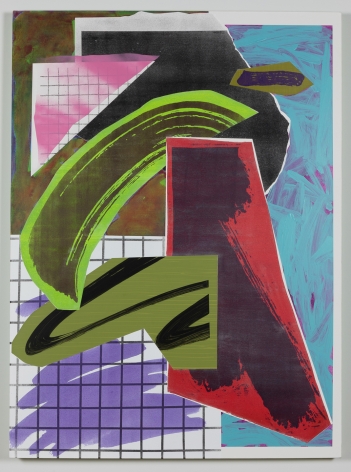 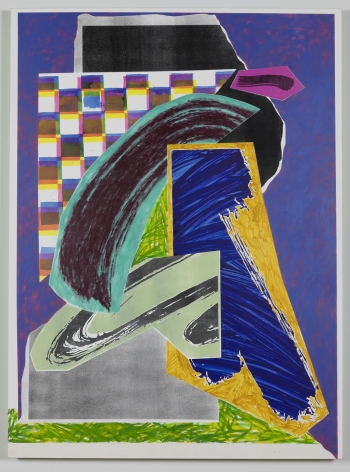 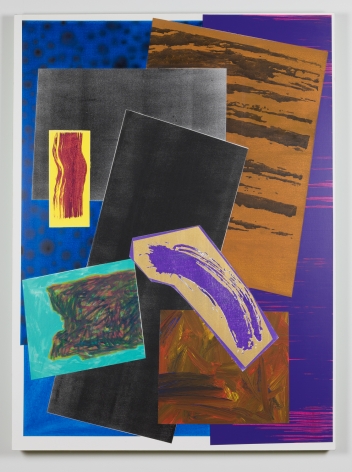 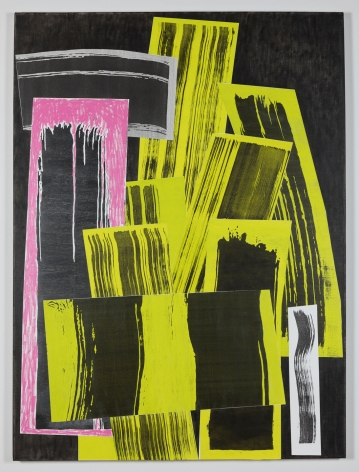 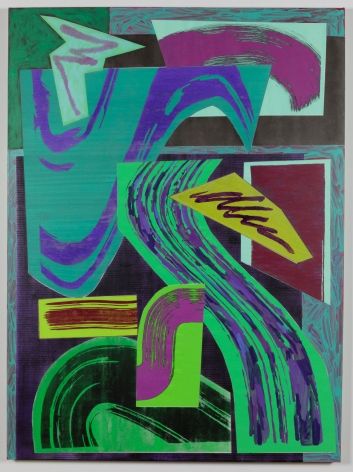 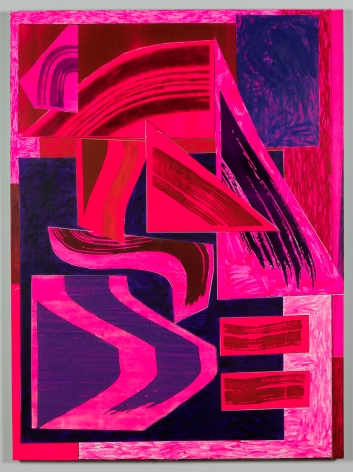 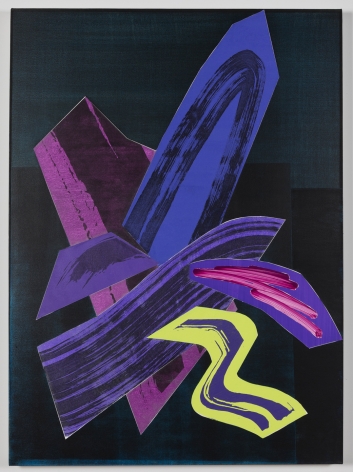 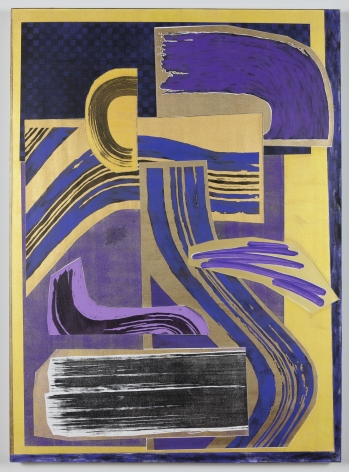 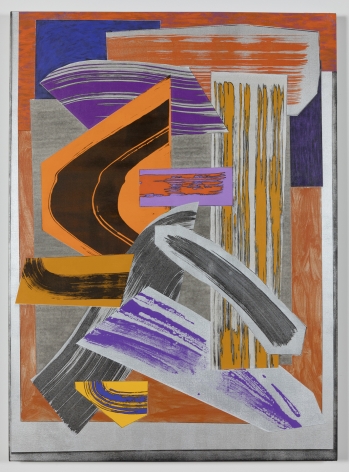 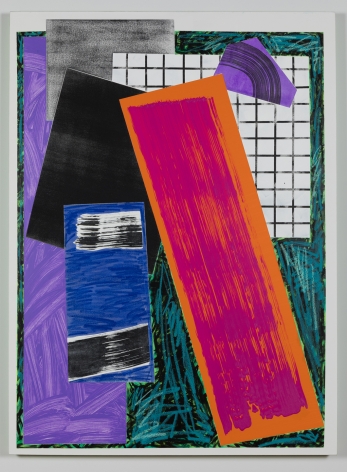 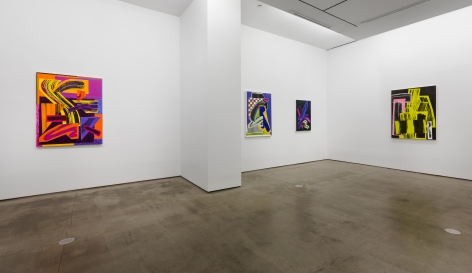 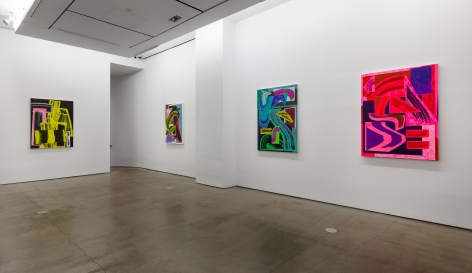 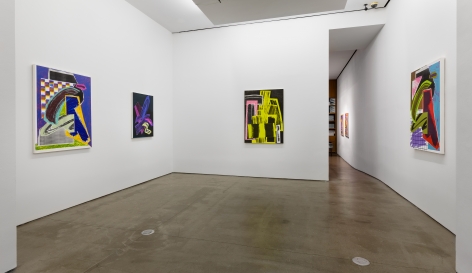 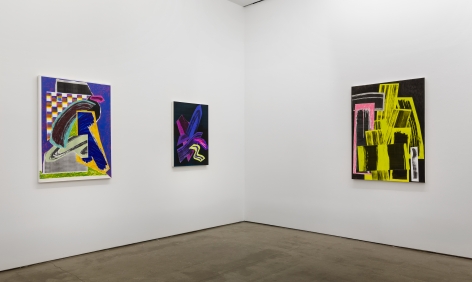 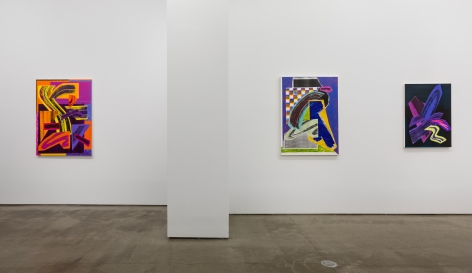 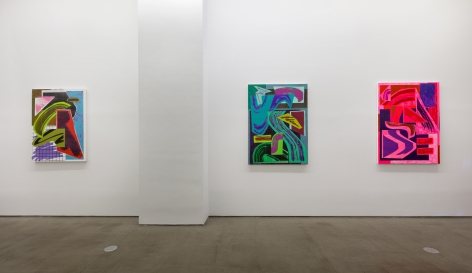 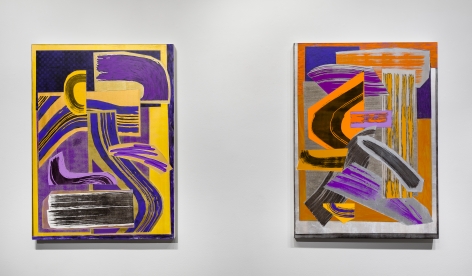 Asya Geisberg Gallery is pleased to present "Every Day is Friday", an exhibition of paintings by Shane Walsh. This will be the artist's first solo exhibition with the gallery. Walsh's paintings instantly seem like specters from the past; possibly configurations reminiscent of Frank Stella sculptures populated by Lichtenstein-esque brushstrokes. Within these works, the fabric of time unravels, and the past seeps in through a painted "collage" of hyperbolic gestures and reticulated squares atop airbrushed grounds. Walsh's vibrant palette and cut-and-paste aesthetic lends itself to 80's and 90's pop-culture references such as MTV, Garbage Pail Kids and skateboard graphics.

For these paintings, Walsh utilizes technology to obfuscate painting's archaic form. The artist collects marks and brushstrokes both graphic and digital. The result is the illusion of collage, that Walsh has recaptured and reclaimed in painting. Like the transmutation of folklore, information, and the history of painting itself, Walsh's "reproductions" eventually mutate the original, permitting him to simultaneously pillage and configure himself into the history of abstraction. Brushwork and marks seem flattened, yet the eye resolutely perceives a dominant sculptural element via the device of layering his overblown brushwork motifs. The artist dips in and out of his personal references with ease, whilst flirting with the canon of abstract painting.

In "Everyday is Friday" Walsh not only manipulates his own pop culture elements, but also the matrix of 1980's excess and postmodern discordance. Anthropologist Marc Augé in his book Non-Places, discusses the corporate lobbies, retail parks, and airports, environments that Walsh's work could have easily adorned, as kinds of "no man's lands" which increasingly dominate the spaces of late capitalism. This calls to mind the no man's land of recollection in which Walsh's audience visits, and the no man's land in which Walsh's work also hovers, a refusal to commit itself to the past, and yet also a faithful panegyric, a place in our minds and our pasts that the artist adeptly conjoins. 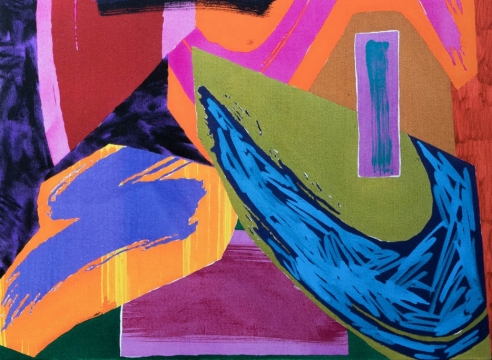