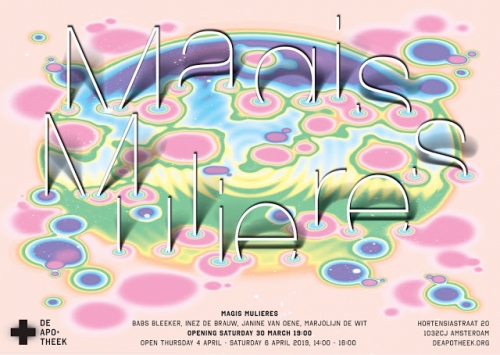 Artists:
Babs Bleeker, Inez de Brauw, Janine van Oene, Marjolijn de Wit
Space: 1) Distance 2) Entre-deux 3) Gaping 4) Interline 5) Interstition 6) Interval 7) Gap 8) Gap 9) Opening 10) Straight line between 2 points 11) Space 12) Space between two things 13) Space 14) Clearance 15) Slit 16) Interval 17) Recess 18) Width  1
The word "interest" comes from the Latin: inter (between) and esse (to be).
So it's about being somewhere in between, being in the middle of something, participating in something. 2
De Tussenruimte is a widely discussed concept in politics, science and philosophy.
Hannah Arendt 3 describes the public sphere as an 'in-between space' (literally: inter-esse ).
This 'in-between' is the world that people share with each other and at the same time separates them from each other, 'just like a table stands between those who are at it'.
As a result, she writes, "the world brings us together, but still prevents us from falling over each other".
This gap requires maintenance; it must always be established in joint acting and speaking.Before we talk about it with others, there is hardly any 'world'. Also the visual space makes the space interesting. What happens between figuration and abstraction, between the digital and analog world, the future and the past, the contrast between characteristics of the present time, versus characteristics of the past.

' To form a space among themselves, and in that space can see their common world from different points or view and therefore talk about their common affairs. ' 4