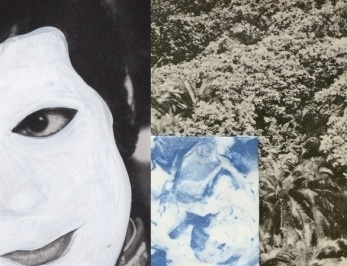 Is that all there is? The moment of "disillusionment" is a moment of reflection, an interlude in which new connections can be created and other sources of energy can be opened up.

Wafae Ahalouch and Marjolijn de Wit have taken the concept of this interlude as a starting point for their joint exhibition at De Nederlandsche Bank. The collection is a collage of pictures, bringing together two worlds. The separate items build a whole that clears a path for capriciousness and unexpected vistas. Ahalouch and De Wit would like to invite you to their theatre of life.


The exhibition runs from 21 October through 1 December 2016 in DNB's Art Gallery. Both Wafae Ahalouch and Marjolijn de Wit have been awarded a grant for Proven Talent by the Mondrian Fund.