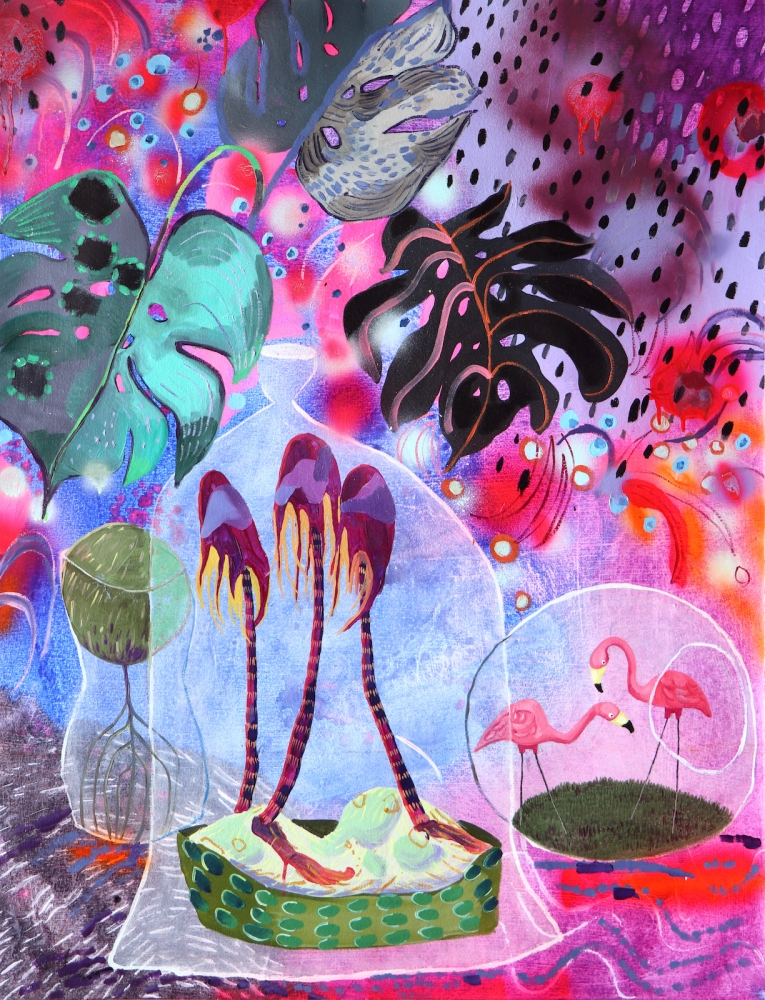 Changing Environments: Grand Rapids Art Museum focuses on how the world around us is changing

In a environmentally conscious exhibit, artist Melanie Daniel envisions a world on the edge of destruction because of overconsumption and trashing of the natural world.

The title refers to the effects a 4-degree Celsius rise in average temperature could have on the planet. Despite scientific evidence of global warming, Daniel said most people have a hard time grasping what it will look like in the years to come.

"This show is about two dirty words that worry most millennials and make all politicians squeamish: climate change,” Daniel said. “We have completely forgotten the role we are supposed to play in the natural world.”

Although Daniel’s colorful, vibrant canvases have a playful nature, they also show dense areas of busy, vibrating patterns, disappearing plant species isolated in terrariums, and people trying to adapt to a post-cataclysm world. Some depict drought-stricken landscapes, while others are inundated with plants and very lush, hinting at the resiliency of nature.

Born in British Columbia and based in Israel, Daniel is in Grand Rapids as the Padnos Distinguished Visiting Artist/Professor at Grand Valley State University. She will give a gallery talk from 6-7 p.m. on May 23.

Her large-scale paintings and works on paper are new works for this Michigan Artist Series exhibition. They don’t portray doomsday imagery, Daniel said, because that would be too obvious and it isn’t very interesting. Audiences instead can expect to see “retina scorching color."

“I prefer to make maniacally colorful landscapes that celebrate the characters in their attempted resistance,” she said. “It’s a double-edged sword: daily life and its usual routines and creature comforts act as a kind of balm, but also a kind of blind spot.”